Why are thermoplastics used in orthoses?

The application of thermoplastics in the orthotics industry has proliferated over the last 30 years, making it the predominant material used today in both custom and off-the-shelf orthotic systems. The physical properties afforded by thermoplastics make it the natural choice when designing support systems that require structural integrity, lightweight, dynamic responses and most of all, adjustability. Many polymer-based plastics possess these desirable traits, and selection is predicated on the ultimate goals of the orthotic design. These advancements have contributed to the growth and success of the orthotic industry and the functional rehabilitation of the patients we manage.

However, research shows that a class of thermoplastics has been initiated into the orthotic landscape with what we believe to be little regard for the imminent danger it presents to both the health care professional and the patients themselves. Kydex® plastic is used for many prefabricated lower extremity and spinal orthotic systems due to its low cost, availability and flexibility, but at what risk?

Why You Should Avoid PVC-Based Products 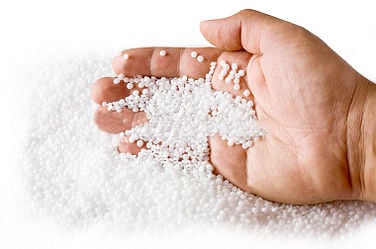 4. Studies have shown that exposure to vinyl chloride presents a risk for many diseases, including angiosarcoma, liver cancer, liver disease, brain cancer, Raynaud’s syndrome and acro-osteolysis that can be directly linked to PVC. While those distributing devices composed of PVC may argue that in its cooled state the risks are minimal or nonexistent, the fact remains that even in its inactive state, these items are being applied to our children, parents and into our environment.

5. However, most noteworthy is that existing marketing strategies promote Kydex® (PVC) based products and its ease of “adjustability” with the application of heat so the orthotic system can be customized for optimum fit. Medical institutions are becoming much more judicious in what they allow within their walls relative to health risks, patient care and, equally important, likability to risk. As such, PVC-based products are being banned from use in more and more hospitals and clinics.

Anatomical Concepts, Inc. (ACI) Does NOT Use Any PVC-Based Plastics

There is no question that Kydex® is a reputable product with a proven track record in many applications worldwide. In addition, Kydex® and other PVC-based plastics can be used safely in many products. However, Anatomical Concept’s position, based on publicly available, sound evidence, is that this material can be harmful when used in specific medical devices and adjusted with heat.

The compelling question is this: Why expose yourself, your patients, your environment and your litigation team to the very real risks that could be linked to your support of PVC (Kydex®) products?

There are other viable, alternative orthotic systems available that are designed responsibly, using only safe, structural sound superstructures that are easily adjustable without the need for heat. Let your referral sources know that you are cognizant of the potential risks of synthetic materials used in the health care industry. Tell them that you care enough only to support products that will help ensure total safety.

>> To learn more about the hidden dangers of PVC-based plastics and Anatomical Concept's stance on safety, click here.